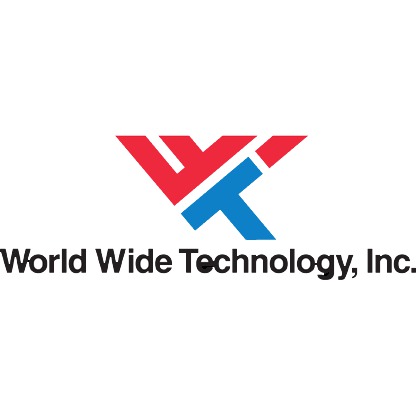 The BD-P1600’s connectivity is standard. The main connection is the HDMI output, which is capable of handling 1080p HD video and high-resolution multichannel audio. There’s also a component-video output that can output Blu-ray at 1080i and standard DVDs at 480p. Audio connections are basic, including an optical digital-audio output and an analog-stereo output. There’s also an Ethernet port on the back, plus a USB port that can be used with the Wi-Fi adapter. There’s an additional USB port on the front panel as well.
While we appreciate the fact that the BD-P1600 is Wi-Fi ready, the benefit isn’t that practical. The USB Wi-Fi dongle carries a list price of $80, bringing the overall cost of the BD-P1600 close to the step-up BD-P3600, which includes the Wi-Fi adapter in the box. Considering that the BD-P3600 has additional step-up features–like 7.1 analog outputs, onboard memory, and PC streaming–we’d suggest stepping up to the BD-P3600 if you want Wi-Fi access. Alternatively, you can implement your own solution using a PowerLine network for about $80 as well.
Blu-ray performance Image quality on entry-level Blu-ray players isn’t always up to par, so we were interested in how the BD-P1600 would handle our tests. We started off with Silicon Optix’s HQV test suite, with the BD-P1600 connected to a Sony KDL-52XB7 via HDMI.
The BD-P1600 outperformed our expectations on the test disc. It aced the Video Resolution Test, showing the full detail of Blu-ray without any jaggies showing up on the rotating white line. Next up were two video-based jaggies tests and the BD-P1600 performed well again, with crisp image quality free of jaggies. It passed the Film Resolution Test as well, depicting both the initial test pattern and the long panning shot of Raymond James Stadium without major image defects.
We switched over to actual program material, and the BD-P1600 didn’t let up. We fired up “Mission: Impossible III” and the panning sequence at the beginning of chapter eight looked perfect, lacking any moire visible in the stairs. It also handled Chapter 16 well, with the trimming of the limo looking jaggy-free as it approaches Tom Cruise. Next we looked at “Ghost Rider” and the end of Chapter six was properly rendered, with the BD-P1600 showing no moire in the grille of the RV as the camera pans away. Last up was the video-based “Tony Bennett: An American Classic” and the BD-P1600 did an acceptable job, with only a few jaggies visible in the striped shirts of the dancers. It’s worth pointing out that we got nearly identical performance on all these scenes from the step-up BD-P3600, as well the Panasonic DMP-BD60.
One of the biggest letdowns of Blu-ray compared with DVD so far has been how much slower and less responsive standalone Blu-ray players are at loading and navigating discs. Samsung’s new 2009 players, including the BD-P1600, have made a lot of progress in this regard. For example, the BD-P1600 loaded “Mission: Impossible III” in just 16 seconds, compared with 21 seconds on the Panasonic DMP-BD60. The differences are even greater on discs with elaborate menus; the Samsung loaded “Spiderman 3” in a minute and 3 seconds, compared with a minute and 27 seconds on the DMP-BD60. Beside just disc loading, we found the BD-P1600 to be considerably more responsive than most Blu-ray players–and nearly as speedy as the PS3–although just a tad slower than the step-up BD-P3600. If you like to demo your favorite action scenes for friends, the quick navigation is a blessing.
Standard DVD performance There are still many more movies available on standard DVD than Blu-ray, so standard-def performance still matters. We started off looking at test patterns from Silicon Optix’s HQV test suite, with the BD-P1600 upscaling to 1080p.
The BD-P1600 started off strong, resolving all the detail of the initial resolution pattern without any image instability that we sometimes see on lesser players. Next up were two video-based jaggies tests, and the BD-P1600 stumbled, failing both tests, as jaggies were visible on both the rotating white line and three pivoting lines. On the other hand, it had no problems with the 2:3 pulldown test, as we couldn’t see any moire in the grandstands as the race car drove by.
We moved onto program material, starting with “Star Trek: Insurrection,” and the BD-P1600 deftly handled the introduction, rendering both the hulls of the boats and the curved bridge railings smoothly. We flipped over to the difficult introduction of “Seabiscuit” and the BD-P1600 performed well again, lacking the jaggies and other image distortions that so frequently show up on this disc. That being said, we had the Panasonic DMP-BD60 on hand to directly compare, and we’d give the nod to the Panasonic for DVD playback, as it had a slightly cleaner and sharper look to it.…