Google Buys Motorola: What Does It Mean? 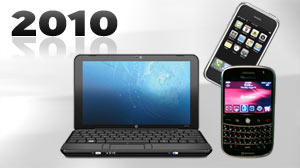 Google Inc. has secured a deal to buy Motorola’s mobile business. The acquisition is worth an estimated $12.5 billion and is the biggest purchase yet for the search giant. The move will not only secure Google’s place as a mobile superpower, but also help it fight the never ending war against the likes of Apple and Microsoft for patent supremacy.

The internet company will now be able to make its own smartphones, tablets and even cable set-top boxes. Not only this, but Google’s workforce will be inflated by almost 100%. The deal will give the Big G 17,000 additional patents to play around with, after all Motorola did practically invent the mobile phone as we know it today. These will no doubt be used to defend itself in lawsuits against its Android software, which is used in about 150 million handsets worldwide.

But there is however one not so minor obstacle to pass before the deal can be completed. The Justice Department’s antitrust division must review the proposed purchase before it is allowed. The news will no doubt raise some eyebrows in the industry as Google will not only control the fastest growing operating system used in mobile devices, but will also become a major manufacturer giving it a potentially unfair advantage in some people’s eyes.

But Google co-founder Larry Page was quick to point out that Motorola Mobility Holdings Inc. would still operate separately from Google and would receive no advantages over other handset makers.

In some respects Google has come to the rescue of Motorola. Between 2007 and 2009 the 82 year old former radio maker lost an incredible $4 billion due to its ailing mobile business. Although they have made some headway since that time it is now evident they probably welcomed the buyout. In January 2011 they split the company into two. Motorola Inc. which specialises in wireless communications for governments and companies was separated from Motorola Mobility Inc. which focuses mainly on handsets and other mobile devices.

See also  Utilizing Technology to Enhance the Growth of Your Company

If the deal goes through Google will become a patent superpower. Patents can be used by companies to protect the use of certain technology or inventions by competitors and effectively retain market share. Android is currently apparently experiencing problems in this area as it is on the receiving end of a rash of law suits from competitors such as Apple.

One interesting consequence of the purchase of Motorola Mobility is that it will put Google in the middle of some big lawsuits against Apple and Microsoft. For example, Microsoft is currently suing Motorola which could result in the newly acquired handset maker being banned from importing phones into the U.S. Motorola has retaliated with a lawsuit of its own which could result in an import ban of Xbox gaming systems.

The news of the acquisition has certainly not done any harm to Motorola Mobility’s share price, which jumped 56% to just under $40 on the 15th of August.

This deal really does symbolise a changing of the guard on some level. The old technology giants are being over taken by newer, nimbler companies that were born during internet boom.