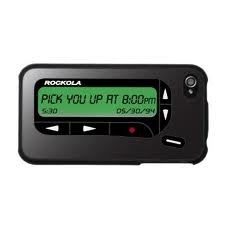 On June 18, 2012, Microsoft announced its one of the most awaited products, Surface, a tablet PC. Microsoft Surface was earlier deemed to be a multi-touch based NUI device but Microsoft renamed the technology to PixelSense and named its tablet PC to Surface. Microsoft has not yet announced the exact availability date of the product.

The tablet will be launched in two variants namely Surface and Surface Pro. Surface is the basic version which runs on Windows RT and uses Nvidia Tegra ARM CPU while Surface Pro is advanced version running on Windows 8 Pro using Intel “Ivy Bridge” Core i5 quad core chip, quiet similar to the processors of everyday laptops. Surface is available in 32GB and 64 GB capacities while Pro is available in 64GB and 128GB capacities. Both the devices support Micro SD for expanded memory and USB for universal connectivity.

Surface is going to be the next level of tablet computing as it adds a very light and thin keyboard which also acts as a protective cover for the device. The keyboard can be attached to the tablet via a magnetic strip and removed easily when not required. The keyboard provides and enhanced user experience while working on the device. The attached kickstand makes the device stand erect and be used as a laptop screen.

The device comes studded with a front and a rear-facing camera. The rear facing camera is angled at 22 degrees to ensure that the camera takes right image when the kickstand is in use.

Both the variants of the tablet have a screen size of 10.6 inches. The screen provides an efficient HD display with 16:9 aspect ratio. The pro version will have a Full HD resolution of 1920×1080 while the RT version will have a HD resolution of 1366×768. The display is capable of adjusting screen intensity automatically while maintaining ultra-wide viewing angle for better adaptability.

Microsoft claims the Surface tablets to be highly strong as they are encased in a durable molded magnesium casing, better known as VaporMg. VaporMg not only provides strength to the device but also helps reducing the overall weight of the device, making it light and easy to carry.

Microsoft Surface is ready to revolutionize the tablet PC market and so the app market. Developers are coming up searching possibilities in developing Surface apps and how it can benefit people. You can find more information on Microsoft Surface development at –