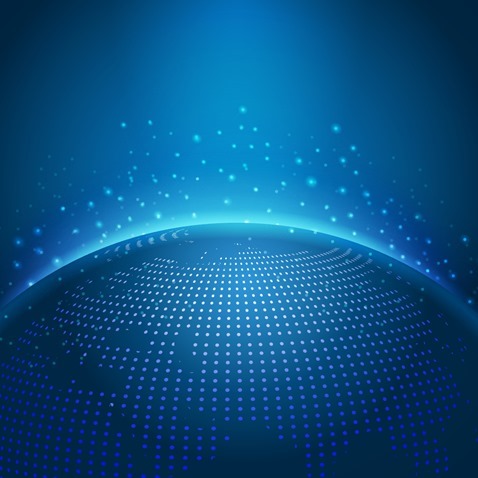 As the iPad launches to a fanfare of media trumpets and public anticipation, with sales hitting 1 million a month since its US debut two months ago, there’s little doubt about the continuing growth of the tech industry. Many of these products are manufactured outside of the UK, but their lauded launch onto the national market has spawned a spike in sales and marketing jobs in the tech and IT sector, whilst the developments they offer are guaranteed to influence future business communication and strategy. Here are the key developments shaping the new face of business:
Post, tweet, share – it’s all about social
With the rise of web 2.0 the world has witnessed a revolution in communications – spearheaded by social media sites such as Facebook, Twitter, LinkedIn, Flickr, MySpace etc. But far from simple ‘share’ tools, they provide incredible means with which to engage with customers in real-time, offering a means to track brand and sentiment, deliver customer service and assess competitors.
Whenever, wherever – the world’s gone mobile
The mobile has undergone one of the biggest technological transformations of the past 25 years – from costing the earth and weighing a tonne, to being universal, tiny and allowing users to surf the web, check email, take photographs, record audio and movie files on the move, alongside simply making calls; a development that has seen the traditional ‘office’ extend beyond physical buildings, allowing ‘on the road’ sales execs to both communicate and secure contracts in the palm of their hand.
Smart innovation – getting clever with apps
With the launch of web 2.0 and mobile devices, came the surge of apps developed by businesses and marketers to promote service, brand and identity. In just six weeks since the iPad launch 35 million apps had been downloaded, in fact as Facebook has consistently ranked as most popular app for smart phones the smart money would be on a mobile compatible Facebook app no doubt?
Viva la revolution – content is king
Open-source and self-publishing online models have led to a revolution in content – meaning that production costs and skills required for creation have been greatly reduced. As communication mediums diversify to encompass video and audio, so must the sales model – utilizing key sites and functionality for promotion such as YouTube and AudioBoo.
The global market place – successful, online sales strategies
With the rise of online identity and constantly developing communications the need to adapt marketing is essential – at the end of 2009, internet UK ad spend generated AÃ¯Â¿Â½1.75bn pounds and accounted for 23.5% of all advertising spend, compared to 21.9% for television, 18.5% for press display and 11.5% for direct mail. Traditional advertising and marketing models have had to change rapidly to keep up with developments in communication and these days a social media or SEO campaign should be at the heart of any marketer’s strategy.…